Start searching luxury homes for sale in West Linn, OR. If you would like more information on any of the West Linn luxury home listings you see below, just click the "Request More Information" button when viewing the details of that property. We can provide you with disclosures, past sales history, dates and prices of similar luxury homes recently sold nearby, and more.

And, if you haven't already, be sure to register for a free account so that you can receive email alerts whenever new luxury home listings in West Linn come on the market. Also contact us for more information about West Linn luxury homes for sale or to schedule a home tour at your earliest convenience.

West Lynn Oregon is its own city nestled just south of downtown Portland between Lake Oswego and Oregon City. It's nestled along the Willamette River with Interstate 205 running east and west to the southern portion of the town. It includes several smaller communities such as Marylhurst, Bolton, Rosemont, Hidden Springs, Sunset, Barrington Heights, and Willamette and multiple smaller subdivisions and luxury estate neighborhoods. 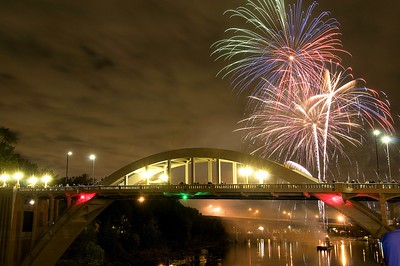 This affluent southern suburb has become one of the Portland metro area's most popular communities in the last couple of decades. It's home to about 26,000 residents and 82% of those residents own their own homes. It's been considered one of the best places to live in Clackamas County and has a history of early development, prompted by the opportunity to harvest energy from nearby Willamette Falls. It was named after US Sen. Louis F Linn in Missouri who had advocated the American occupation of Oregon as a counterclaim to the British.

This beautiful little community nestled between the Willamette and Tualatin River has been referred to as the city of Trees, Rivers, and Hills and was first settled in the 1840s.

Things to Do in West Linn

Today, West Linn is a laid-back suburb with its own community spirit, local businesses, retail shops, residential neighborhoods, parks, and rivers. From fantastic coffee shops like the Willamette Coffee House or Lark Café to beautiful wineries, bistros, and fantastic restaurants, there's something for everyone in West Linn.

If the outdoors is more your style, the community is nestled right up against the Willamette River with excellent fishing, kayaking, boating, and swimming. There are several boat ramps, parks, and walking trails throughout the area as well as the Camassia Nature Preserve, and nearly 23-acre natural area maintained by the Nature Conservancy. There are multiple parks with picnic shelters, gazebos, sports fields, river access and playgrounds.

Check out one of the many vineyards and wineries in the area such as Oswego Hills Vineyard, Tumwater Vineyard, Campbell Lane Winery, and Twill Sellers and then stopped back over for dinner at one of the fantastic restaurants in town such as a Bugatti's Ristorante with classic Italian favorites, pasta, and even burgers. The West Linn Saloon is a cozy and rustic place to hang out with some of your friends or favorite neighbors. And of course, Portland wouldn't be Portland without a McMenamins. McMenamins West Linn sits next to the Oregon Golf Club and the Willamette Park and River featuring an oppressive drink list, and delicious pub food.

West Linn is part of the West Linn and Wilsonville School District and boasts several top ranking schools in the area including the Three Rivers charter school, the Trillium Creek primary school, the Sunset Primary school, Rosemont Ridge middle school, and the West Linn high school. The district itself ranks 6th out of 144 districts in the state of Oregon. There are nine primary or elementary schools, five middle schools, and three high schools in the district itself.

"West Linn High School is a fantastic education for anyone seeking a great foundation for their kids learning. It is one of the top 50 public schools in the United States and is a great place to be to have an advanced level of learning. " - Niche.com

Homes for sale in West Linn Oregon range from $150,000 to over $1 million depending on size, condition, and location. In some of the historical areas of town, renovated and refurbished historic homes or vintage homes can range from $800,000 on up where is those that may need a little bit of work can start at about three or $400,000. Homes in the northern end of West Linn by Skyline Ridge and Robinwood are averagely priced between $300,000 and $500,000. There are several subdivisions and even some newer subdivisions with homeowner association fees ranging from about $25 a month up to $200 per month.

For more information on homes for sale in West Linn, browse active listings on our website or contact our office at any time to schedule a showing. We would love to help you find the perfect luxury home in West Linn today.

Loading
BUY BEFORE YOU SELL
GET A CASH OFFER

The content relating to real estate for sale on this web site comes in part from the IDX program of the RMLS® of Portland, Oregon. Real estate listings held by brokerage firms other than Matin Real Estate are marked with the RMLS® logo, and detailed information about these properties includes the names of the listing brokers. Listing content is copyright © 2023 RMLS®, Portland, Oregon.

This content last updated on January 31, 2023 11:30 AM PST . Some properties which appear for sale on this site may subsequently have sold or may no longer be available. All information provided is deemed reliable but is not guaranteed and should be independently verified. IDX and listing information is provided exclusively for consumers' personal, non-commercial use and may not be used for any purpose other than to identify prospective properties consumers may be interested in purchasing.